In February 2021, a study revealed that nearly half the participants in a smartphone usage survey spent five to six hours on their phones daily.

This didn’t include work-related usage.

Why do we willingly give into these handheld devices so quickly and easily? It isn’t like we don’t have much to do or attend to.

Some mobile apps are so seamlessly designed, it makes them powerful. On the other hand, we are gullible and glued to our screens.

Can there be anything bigger than Google?

In 2021, TikTok surpassed Google as the world’s most popular website. So, it isn’t just a “kiddish” thing, is it? No. It’s years of UI/UX evolution and adaptability at its finest. It’s an app for business and the advertising is so subtle that you’ll barely notice it. It’s also a deep understanding of behavioral psychology.

TikTok has a full-screen sticky feed­­—it’s hard to take your eyes off. It’s an excellent way to keep the user hooked and engaged. Actions such as “Like” and “Share” are placed in the sidebar so that it’s easiest for the thumb to reach. Super large icons accompany the actions, so they don’t get in the way of the video content.

Most apps direct the user to the home page or the main feed. When a user launches TikTok, it directly plays the content. It eliminates the need for thinking about which video to watch or scroll or skip. It’s right in front of you.

This is the linchpin of all exemplary mobile apps—it eliminates the user’s need to think.

In an already overcrowded market of millions of apps crying for attention, statistics show that 25% of apps were only used once in 2015. So, how do you stay afloat?

The first course of action is to understand – what are the reasons why mobile apps fail. In no particular order, these are:

One of the biggest mistakes in the app creation process is to start without a clear vision. We’re more than ready to jump into any project, but the same can’t be said in understanding the brief. Major gaps in design and the prototype appear when the brief is either not paid heed to or if it is unclear.

The Solution – Communicate with clarity

The answer is right in front of you—lay down your expectations early on and clearly.

But communication isn’t everybody’s strong suit. And that is why icons and imagery can save the day. Enlist the help of visual references to explain to the designer and developer the features, functions, and colors you want. Some good ways to go about it are storyboarding, creating flowcharts and diagrams, and sample screen sketches to illustrate the idea.

Remember to take time while explaining each element. Describe each aspect in graphic detail, as though you were explaining it to a 5-year-old. The description should answer the purpose and function of each button and element. A clear brief will also help set a realistic budget and timeframe.

Speaking of unrealistic budgets, it’s true that you get what you pay for. It takes months to build a mobile app, and several teams are involved. The design, content, development, quality assurance, and marketing teams collectively work together to bring the app to life and sustain it post-delivery. The more complex the app, the higher the cost.

It’s a time-consuming process, to say the least. Learn from Instagram—it wasn’t built in a day.

The Solution – Start with market research

If you don’t know where to start, conduct market research to benchmark quotations from various freelancers and companies. Then, lay out the complexity of the design. The more detailed the design, naturally, the higher the cost. Also, factor in the number of platforms you will be developing for. For example, will it only be a mobile app, or will there also be a web app to supplement it?

Unless you’re building a super app, there’s no point in cluttering your mobile app with things the user may never use or, worse, even look at. Remember, those unnecessary elements will only bog down the app’s usability. You’ll raise a grand bill for each element or feature you wish to incorporate.

Not to mention the time and effort that goes into designing, developing, and testing all the features and elements that may or may not yield any benefits.

The Solution – Get rid of the frills

Simplify the interface to reveal only the bare minimum of what you need. The aim should not be to stuff everything but to start small and slowly introduce new elements and features as and when required. Rope in users at every stage to understand their pain points and analyze data to ascertain what is lacking.

Given the limited space, icons are one of the most prominent identifiers of a task or action in mobile apps. So, the last thing it should be is confusing. It should be self-explanatory. Yet, all icons aren’t easy to grasp. Differences in age, geographies, and cultures can significantly influence how we interpret icons and imagery. Pictograms are easy to recognize as they literally interpret a specific thing. On the other hand, ideograms are based on ideas and tend to be abstract.

The Solution – Keep the icons simple

Avoid ideograms and fluid shapes. The idea is to simplify everything and eliminate complexities. Stick to basic shapes like a circle, square, and rectangle. Ensure that icons are simplistic and unobtrusive.

Not making room for the MVP

Think of it this way. Suppose you’re making a chai tea latte for someone who’s only ever had lousy tea throughout their life. The MVP then is to, first, make a good cup of tea. The spices that follow are elements that you would add to make the otherwise commonplace tea transform into chai tea latte. Without figuring out how much sugar the guest enjoys, you may never make the perfect latte cup.

The Solution – Make the MVP part of your primary plan

In mobile app development, the MVP (Minimum Viable Product) develops only a few core functionalities to solve a problem for early adopters. By incorporating it as part of your plan, you can achieve the primary goal you always set out to do. It’s the first basic model that shapes the product to its future self.

At the risk of over-simplifying it, good design is simple. It’s doesn’t get in the way. Joel Spolsky, the creator of Trello, says, “Design adds value faster than it adds costs.” That’s precisely what all design sets out to do–make the users’ lives richer and enrich them with ease of use. There’s one more thing that contributes to the success of the app that is not simplification. Rely heavily on user research before beginning.

The last thing you need? Ingenuity. App stores are riddled with apps that look, feel, and function almost the same. What are you doing differently?

Over the last 19 years, we have helped 300+ leading companies maximize their outcomes with UI UX Design, UI Dev, Software Dev, and Analytics.

Over the last 19 years, we have helped 300+ leading companies maximize their outcomes with UI UX Design, UI Dev, Software Dev, and Analytics. 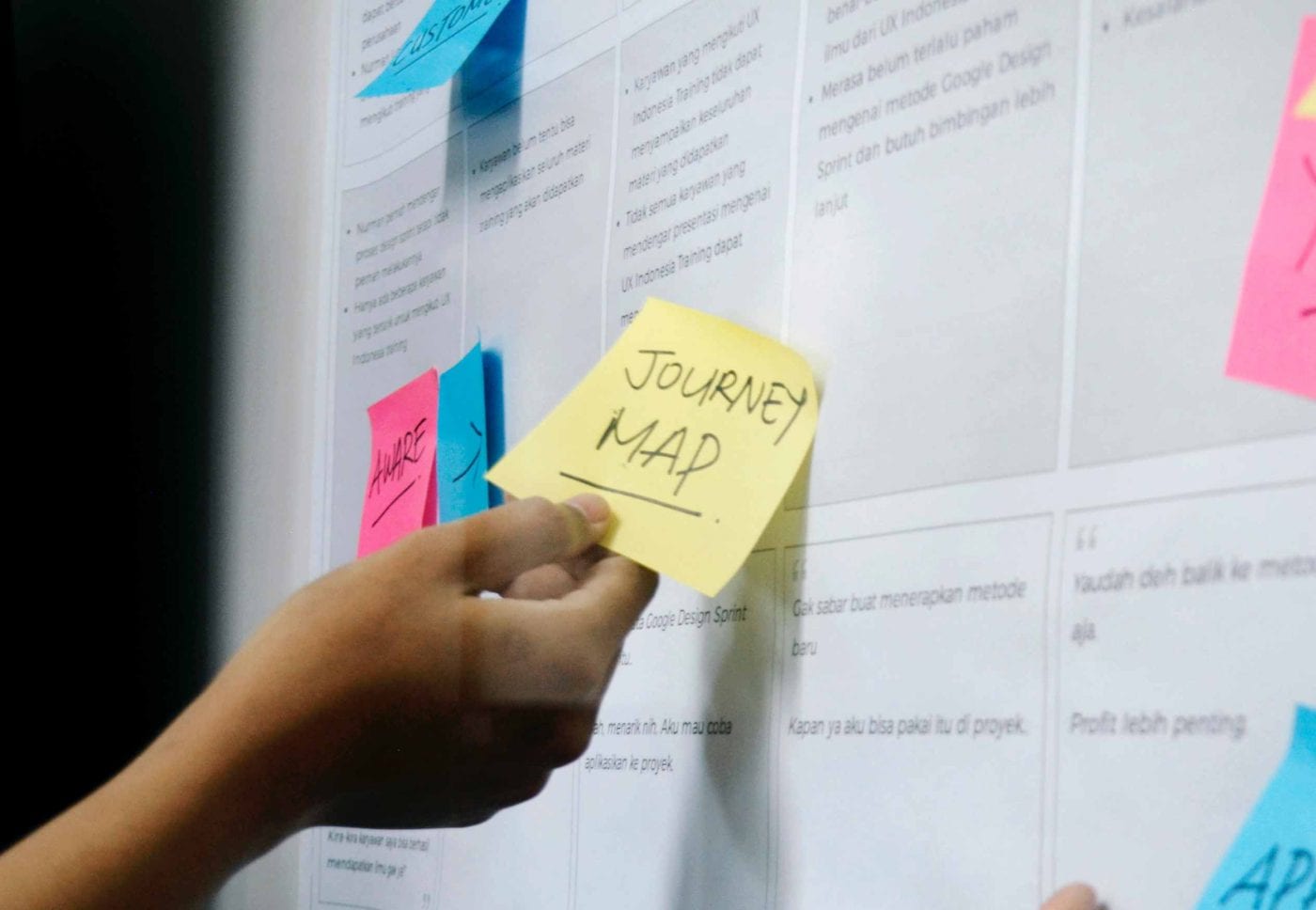 User Journey Mapping: How and Why Does it Matter for Your Business? 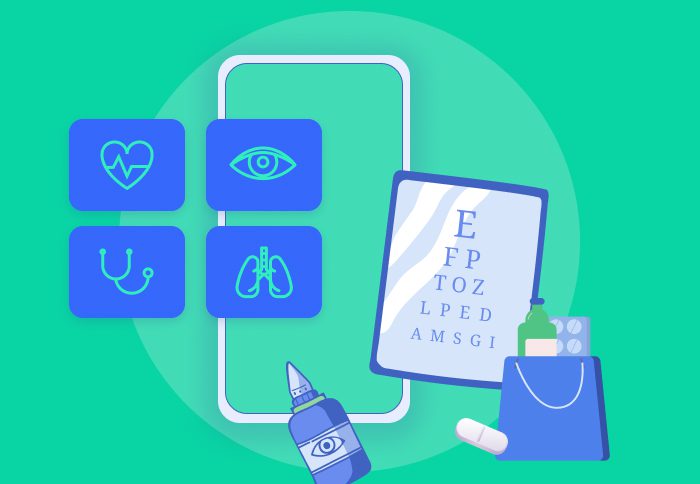